I sometimes call Pinterest the dream site: I can only do those projects in my dreams. 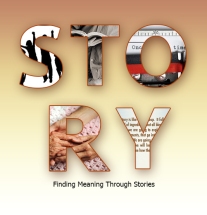 The cookie cutter set was like that. The box seduced me with photos of beautiful cookies in the shape of Mary and Joseph and baby Jesus in a manger. A little piping of frosting, a few sparkles in the right place and we would have a unique nativity set.

And the best part was that we could do this project as a family with everyone helping.

I bought the set.

Yes, I knew we wouldn’t get the cookies quite as perfect as the photos. We had a two-year-old at the time. He’d produce a cute but goofy little cookie.

I forgot to factor in his mother.

I knew we were in trouble when I pulled the cookie sheet out of the oven. Baby Jesus in the manger resembled a toasted marshmallow.

The sheep – and I’d made lots of them – all were blimps. Some had short fat legs but, since you couldn’t tell where the head was, the legs could have been porcupine prickles, too.

The camels’ longer legs had grown together while baking. “Is this a tree?” asked the six-year-old.

The shepherds had morphed into tall planks of wood and kneeling Joseph was now a giant S.

The kids were game, anyway. They slathered on frosting that was too thin so that the blues and oranges dribbled into each other making a muddy brown on the kings.

Well, I thought those were the kings because of the lumps at the top which I identified as crowns. Maybe they were cows, in which case the muddy brown frosting might make more sense.

I had planned to assemble the stable printed on the back of the box but tossed that after our older son frosted an angel as though it were a donkey. I couldn’t see displaying these.

When we were done, with sticky frosting on our fingers and sparkles drifting to the floor, I studied the blobs of cookies. “Well, this didn’t work out quite like I had hoped.”

My husband surveyed the table, surrounded by sets of eager young eyes, and picked up a cookie. “Then we’d better destroy the evidence.”

I had just finished rinsing the shampoo out of my hair when my cell phone rang. I grabbed a towel. Who was calling?

“Cover your eyes,” I said, draping myself with the towel. Water ran down my face.

Should I call her back? Should I dry myself off first?

The phone rang again. It was my sister again. Oh, good, she’d accidentally hung up.

As I pushed the accept button, I noticed that she had used FaceTime this time.

Facetime is a video phone call.

Well, it was my sister and she only had to see my dripping hair.

“Why are you FaceTiming me?”  I have a knack for insightful questions.

“I wanted you to see my new tooth.” She’d just gotten an implant and so she stretched her mouth to reveal the bright tooth.

And then she started giggling. “Where are you?”

She tried to be polite. She really did. But her tale about the trip to the dentist and her report on her plans for her day were interrupted by snorts and chuckles.

When the techies worked on the chips and circuits that would allow us to combine phone calls with video, I think they had images of salesmen using charts to illustrate quarterly earnings. Or giggling babies reaching out to touch their grandmother who lived across the country. Or a soldier connecting with his wife and kids from a foreign country.

And I’ll bet all those things happen.

But I wonder if their vision ever included new teeth and dripping hair.

And that made me think about my cookie-making history, because I thought I had seen every method of eating and snitching bookie dough. But this was new: cookie dough as frosting.

I’ve been making chocolate chip cookies for a long time, long enough that all the adult children know the rules: no snitching of dough until the flour is in.

And now I have grandchildren helping me make cookies and I’ve had to start the process all over again with the snitch rules.

He’d crack the egg if I wanted, but otherwise he’d eat raisins.

Then the boys switched to spoons, once the flour and chips were mixed in. They know which drawer and they know they get one spoonful before dropping their spoons in the sink. This is making cookies to them.

I think cookies are meant to be baked but my family would differ. I could leave the dough out and it would soon be consumed.

“We’re saving energy,” one son told me.  Yeah, his sons are the ones with the spoons at ready when the dough is mixed.

When I described the new way of eating cookies to our son, his eyes lit up. “That is the best,” he said and reached for a spoon.

I live in Colorado farm country. That blends a very dry climate with some hard-working and practical folks.

Which means you see some weird stuff at the farm store. As I stood in the checkout line, I saw a little display box containing little white tubes of a product called Chicken Poop Lip Junk.

It isn’t a joke product. It gets great reviews as the best lip moisturizer ever.

And there’s no poop in it, they state.

I’m a farm kid and there isn’t much that is gross to me, but I’m having trouble thinking of smearing Chicken Poop Lip Junk on my lips.

But there was more at the counter.

Near the Chicken Poop Lip Junk was another box of tubes labelled “Crack Zap It.” This stuff is guaranteed to eliminate the cracks in your fingers in three days. You roll it on like lip balm but on your fingertips, hangnails, peeling skin.

We’re talking dry skin like Mojave desert dry. This is skin that erupts from hard-working hands that handle oil, mud, and cold weather.

I asked my dear husband, who works outside a lot and knows all about cracked finger tips. He liked the idea of Crack Zap It.

“Why don’t you just use hand lotion?” I said.

“I tried it but it’s not thick enough. This stuff might work.” He stared at the wall for a moment. “Do we have any cow salve?”

Cow Salve is a thick product originally used for a cow’s chapped udder but has found new life as a heavy-duty skin ointment.

The lesson for today is that, if you live in farm country, your dry skin is not an issue. You can lather on Chicken Poop Lip Junk, Crack Zap It, and Cow Salve.

All natural, of course.

I had one of those coughs that made your toenails rattle and, after a morning of listening to my hacking, a co-worker gave me the evil eye. “That sounds like a smoker’s cough,” he said.

“I’ve never smoked a cigarette in my life,” I said. 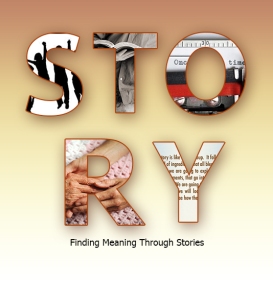 But I had to take it back. There was this one time

My father was a smoker for many years and, at age 6, I approached him after supper one evening. He was sitting at the dining room table with a cigarette in one hand, white smoke drifting like a lazy river toward the ceiling, and a glass ashtray before him.

“Would you like a puff?” He gestured to me.

Yes, I would. I scooted up to him, excited to share this special moment with him. I lifted the white tube to my lips and took a long pull on the cigarette.

Dragon’s breath first roasted my tonsils before descending with white heat down my throat. My lungs were instantly seared and my stomach rolled with burning coals.

The scalding smoke slammed into my eyes and my nose filled with a smell of dead mice and scorched banana peels.

Even my toenails curled with the heat.

Certain that my life was about to end, I spun and ran as fast as toasted legs could carry me into the kitchen. I stuck my head under the cold water faucet and tried to drown myself.

What else can you do when a dragon has unleashed its flames?

I survived, undoubtedly due to my quick thinking in rushing to the kitchen sink.

And, as the rushing water sluiced into my mouth dousing the fire, I had one single thought: one swallow of the dragon’s breath was more than enough for me.

This eyes thing shows up when someone is sent to a location to look for something and they can’t find it.

My older son, who is now a husband himself, tells me that his wife accuses him of that. This came up after he went looking for a box in a storage room.

“It’s not there,” he told me when he came back. “Although I’m told I have husband eyes so you might want to look.”

I found the box.

But it’s not just the guys.  Our youngest daughter came home from school to ask, “When did you take the Christmas tree down?”

Yup. So she pulled her younger brother away from alien attacks in the computer room. “When did Mom take down the Christmas tree?”

He looked up, his eyes wide. “The Christmas tree is down?”

They waited until their father got home to verify this amazing discovery. “Dad, did you notice that Mom took the Christmas tree down?”

He met both their faces with a calm smile and patted our daughter on the shoulder. “Did I notice?” He grinned at them both with that confident look that fathers get when they know the answer. “Did I notice? No.”

Family eyes. They all have it.

I’m all for devoted mothers but this was special. Mama Bear kind of special.

We live on a hobby farm and at one time had a brace of Moscovy ducks. I had to look this up but did you know that a group of ducks can be called a brace, badelynge, bunch or a flock?

The females are blessed with the job of keeping the eggs warm for a month while staring at the blank wall of a barn that never talks back but they don’t even get a special name. That seems wrong, somehow.

Our ducks were wonderful mothers. If you’ve read Make Way for Ducklings you have the right idea. If you haven’t, go read it. It’s short.

We couldn’t count them all.

We couldn’t count them all partly because there were two ducks sitting on them. Yeah, weird.

At least they had someone to talk to while waiting for the coming ducklings.

But there aren’t DNA tests for ducklings (well, not on our farm for sure) and we had two ducks with all these babies. Who belonged to whom?

Neither mama was giving up the babies so they worked together. Both lead the way with a long winding line of yellow fuzzy ducklings waddling behind. Twenty-one ducklings makes a long line.

We added more than a bunch to our duck flock. We’d collected a whole badelynge.

Don’t you think those mamas deserved a more amazing name than duck?